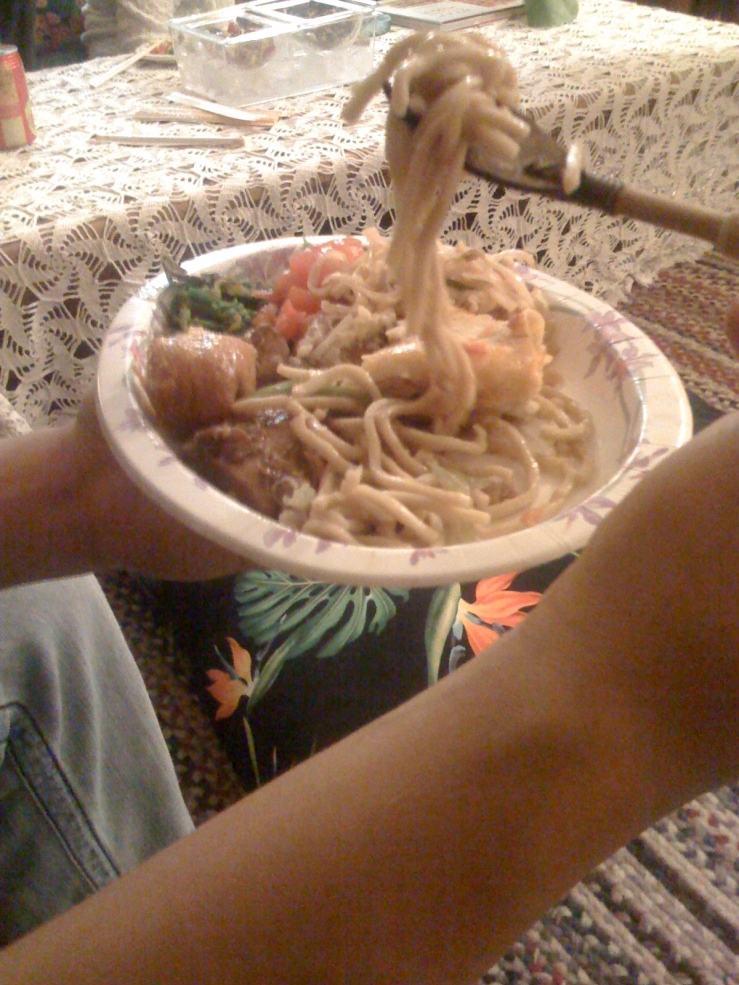 The other day, a poet named Brenda invited me out to meet some Filipina writers at a special event welcoming a visiting artist.

As K and I were about to head over, Brenda sent a message that she couldn’t come but that I should still go.  As we drove up Kamehameha I thought we were looking for a performance venue and I was half expecting a converted plantation house to emerge from the lush greenery.  But what I read on the evite as The Churma House was actually the Churma home.  Silly.

I knew one person there– a writer named Amalia.  She explained that most of them had come together a couple of years ago  to do a production of The Vagina Monologues which benefited the Filipina Rural Project.  All of them were writers.  A number of them were librarians which I thought was very cool.   Rose, the host, owns a book distribution company called Kalamansi Books which exclusively sells titles from the Philippines here in Hawaii.  Their house was lovely–serene and warm.

We had to leave before the reading started but Amalia said we should eat and get to know people.  We stayed as long as we could.  The pork adobo was delicious.