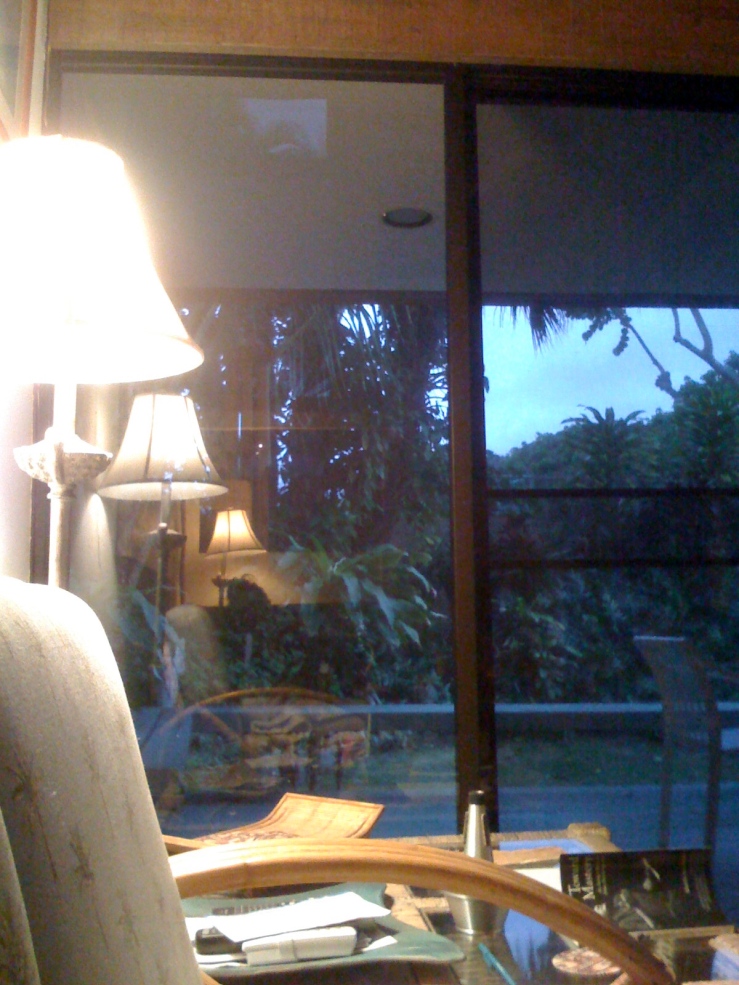 K was out of the house at 5:50AM this morning– another early call. When we first moved here I would often wake up around this time to answer emails from NY and chat online with friends–even when K wasn’t working early.   I believed that I could continue managing projects there from here.  The time difference is so extreme that I would aim to wake up at 5AM just to respond to people before lunch time.  I’ve come to like the feeling of being up while it’s still dark outside; the sounds of everything waking up around me, particularly the birds chirping around the same time every morning, the sky getting lighter and lighter.  Across the way, our neighbor leaves at the same time everyday, 6:30 their wood gate slams.  It’s a comforting sound.

When I was little, there was a time that my parents would leave me with a babysitter on Long Island and commute into the city for work.  My parents were fastidiously punctual.  We would leave the house in the wee hours so that they could make it to work before 7AM.  I never slept after they left me.  I would lay awake in whatever guest bedroom I was kept in, trying to think of comforting things, listening for any sound that would indicate that my caretakers for that day were waking up: a bathroom door, slippered footsteps, muted conversation, someone beginning to work in the kitchen.

Even though I still wake up with K every time he has an early morning, I don’t try to keep up my life in NY.  It’s been 8 months.  At some point it occurred to me that we live here now.  Which is funny because in few weeks we’re headed back to NY for the summer.