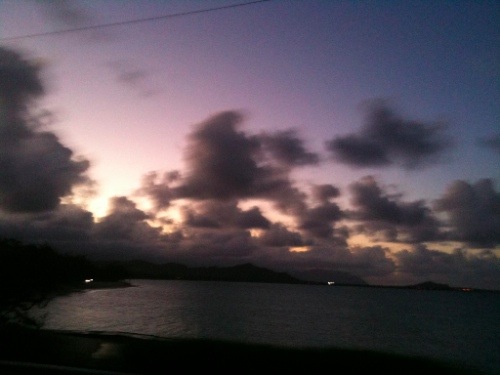 Last week K and I were judges for Showdown in Chinatown, a monthly 48 hour film shootout in Honolulu. They’re partnering with HIFF and MOCA’s Chinatown Film Project to feature this month’s winner as part of an outdoor screening during the film festival next month. The event was great–well organized and well attended. K and I really loved the film that won.

Afterwards we went with Sarah and Anderson to visit DJ ESKAE who was doing a six hour set at a club called Soho. The theme was Neon and it was PACKED. If I hadn’t seen it I wouldn’t have believed that neon could be such a big draw. I had flashes of being 17 again and partying on Long Island. It was hot, sweaty, and the music was really hard not to dance to. 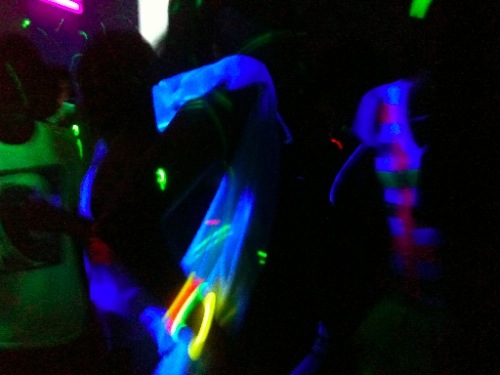 On a more wholesome note, I started my hula classes last week. So far, it feels like transferring into a school after the year has already started. It’s hard meeting new people when there’s no context for my being there. I haven’t made any friends yet but I love my teacher. She’s a beautiful wacky spirit that dances like an angel. She invited us all to join the more advanced Monday class if we were so inclined. My friend Michelle is in that class and it would be more comfortable for me to know someone but I’m thinking maybe being comfortable isn’t always necessary.

My teacher gave me a pa’u skirt to use for class. Everyone has their own. I tried looking online for a store and one of the first entries was ‘Where to get a pa’u skirt: make it!” Eventually I found an ebay vendor who sold really pretty ones though I think they might be kind of fancy.

This is the dance/song we’re learning. Though obviously this is a professional and I think maybe I’m doing the baby version.