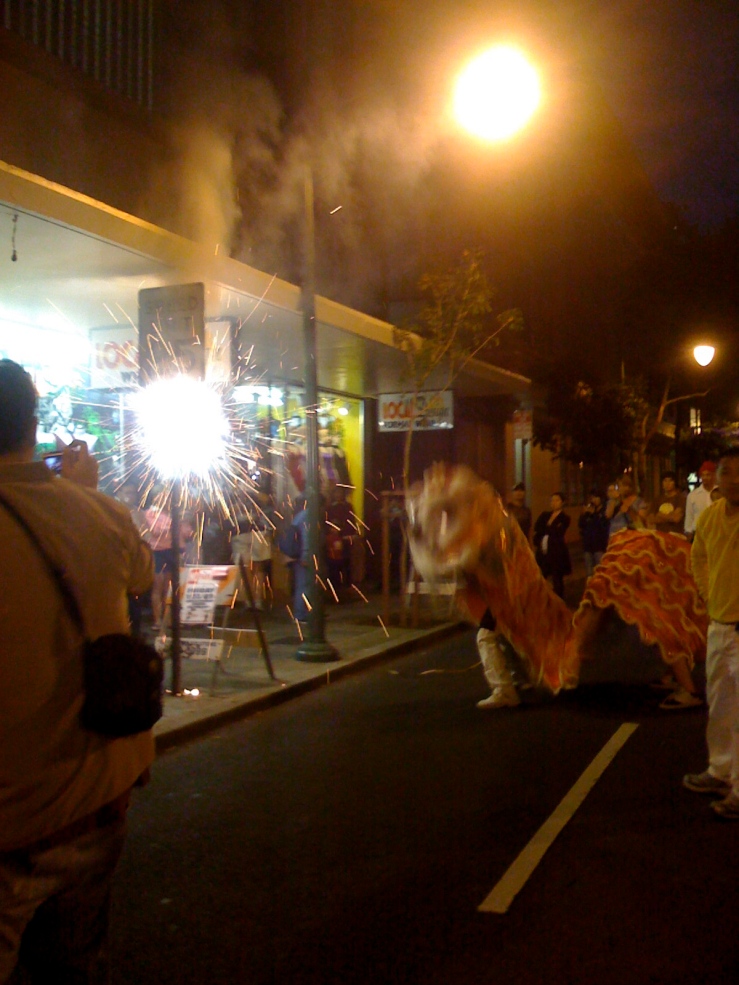 So little and yet so much happens here in Hawaii.  Last night we went to a ‘Januaries’ birthday party thrown by K’s coworkers/friends at La Mariana Sailing Club.  Touchingly they included me on the birthday cake.  I met Annie there who has been living in Kailua for 2 years with her husband who works with Ken.  She was breathtakingly warm and full of kindness.  It was really really nice.  She stopped us as we were leaving the party and we ended up talking for an hour standing at the exit.  It was a small relief to hear her stories of settling in Hawaii and leaving a life and career behind.  Two thoughts that I shared with her that I don’t feel anybody else can really understand :  how is it when there’s really not anything that you have to do that the day goes by so quickly anyway; and how do you answer the question ‘what do you DO all day?’  when it’s a combination of so much and so little.  I like Annie.  If nothing else she made me briefly feel like we weren’t alone.

Interestingly K mentioned to Annie that I’m doing yoga and the first three words out of her mouth were ‘ my friend Murti’.  –which was pretty shocking because of all the teachers I’ve tried so far in Hawaii (6), Murti is the only one who has made a big impact.  From what I gathered he used to do classes here in Kailua.  Annie said she would find out if he still did.

I’ve learned and keep being reminded that in Hawaii everyone is someone’s cousin so don’t talk stink.  Being from New York, my second language is stink.  But not usually for malicious reasons.  It’s just a habit of saying something’s weird if its weird or saying someone’s annoying if they’re annoying.  That generally doesn’t happen here.  People here either live by an Aloha spirit; generally don’t have malicious things to say about one another; OR they know better than to say something openly critical or judgmental about someone else.  This is opposite my personality but I’m pretty sure I haven’t really said anything bad about anyone since I’ve gotten here.  Except for Alvin at Servco.  I yelled my brains out at him when our battery died the day after we bought the car.  I do feel bad about that. 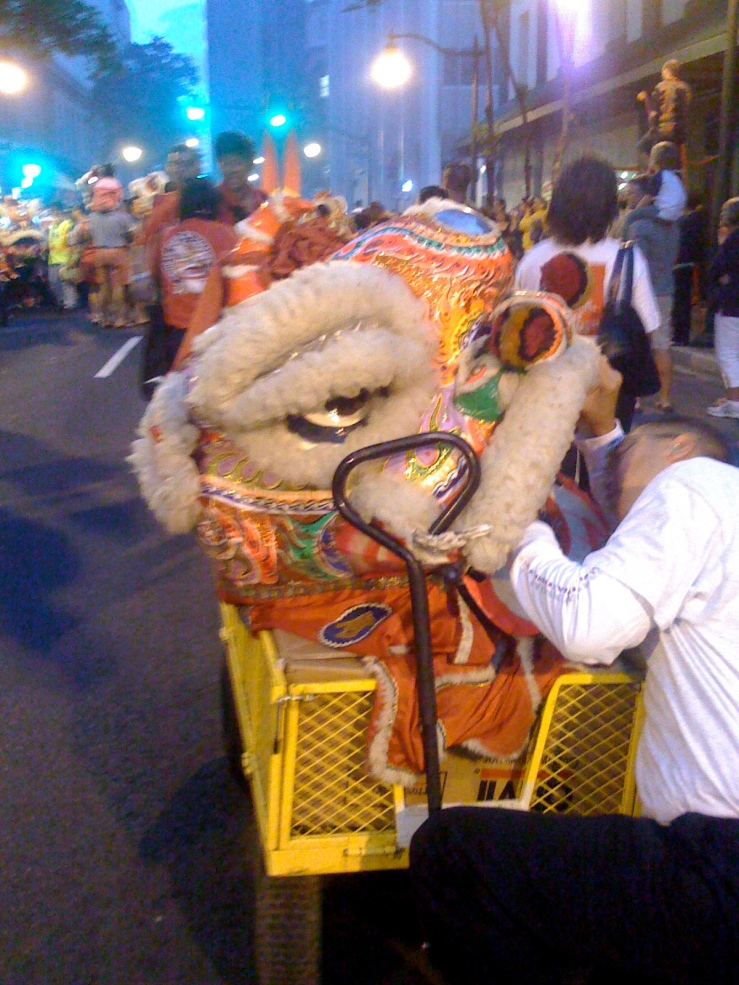 Lunar New Year festivities started on Friday.  It was pretty neat–lots and lots of lions, very organized and not terribly crowded.  Ken said that the feeling could be called iit nao in Cantonese or festive crowded-ness.  Wing Tek had a special dinner and lion dance at his office.  We weren’t able to go.  But it was really nice to see them briefly and wish them Gung Hay Fat Choy!

There was a phenomenon that we encountered that I don’t think really would have happened in NY Chinatown:

That is white people dressed in Chinese costume.  This person is not the only one we saw and certainly not the most intricate.  You can’t see in the picture but he has a fake queue hanging from his hat.  These people seemed oblivious to the fact that it might be weird…much less offensive.  K said it would be like white people walking around with an Afro for Martin Luther King Jr. Day.   I would’ve taken a picture of the weirdest example but I was too engrossed in shooting them dirty looks–which had no effect on them whatsoever. Ah, me. 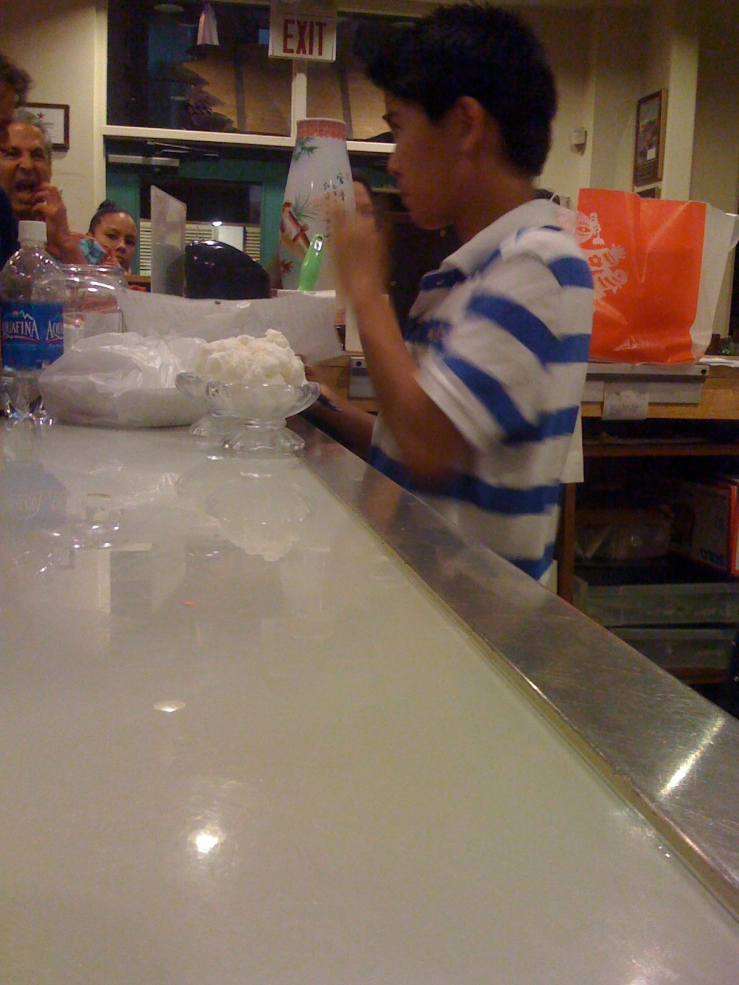 We picked up take out from a restaurant on Nuuanu called Little Village.  It was so crowded.  People waiting for at least an hour to be seated.  It seemed like a very nice place and most of the food we got was very good.  Much better than Mini Garden just a few feet away.  My favorite was the Taro Duck which I’m eating as leftovers two days later. 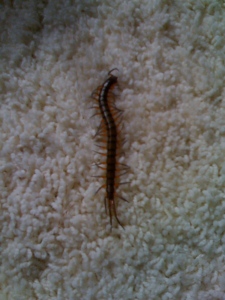 A centipede ran over my foot the other day and didn’t bite me.  I’ve been told that it’s so painful if you do get bit that you have to stay in bed for three days!  We scooped it up in a bowl and let it go in the dirt.

Every week here I miss New York in a different way.  This past week spending so much time with Sarah was great– spending time with her transcends geography or circumstance.  I would like Sarah for a friend whatever city I met her in.  But in a way it makes me feel the loneliness a little more.

My friends Calvin and Deanne are coming in a few days.  It’ll be nice to see them.