K and I just got back from watching one of the last screening of HIFF 08:  Noho Hewa.  I was deeply moved by this film and feel that any American that has the opportunity to see this should.  I first heard about the Hawaiian ‘sovereignty’ ‘movement’ from my friend over dinner when I first arrived.  He was explaining to me the politics of the island because I had said that I didn’t understand why Asian American issues had no traction here. I was surprised to hear that such an issue exists. I was apt to believe Hawaii was just a happy place with lots of tan relaxed happy people.  The loose strands of politics and culture that I’ve picked up since arriving make more sense after seeing the film.  For example the stalled plans for a badly needed public transportation solution:  rail or no rail ?  The incongruous heavy military presence in stunningly lush sacred land.  Or the perception that Hawaiians don’t like change.

I feel so fortunate to have had the opportunity to see this film.  I feel rather complicit living in an area that is dominantly haole and that we’re paying rent that most local people wouldn’t be able to afford.  I feel this film has given me the tools to live here more respectfully.  It does what most very good films do:  they leave you feeling like a better person for having seen it.  Visit the website:  nohohewa.com.

We also saw Boogie Man: The Lee Atwater Story yesterday.  I think everyone should see this film too!  It was so illuminating.  The similarities between this 2008 election and the Bush/Dukakis race in 1988 are astounding.  It’s amazing how easily and quickly we forget our mistakes.  See the movie: boogiemanfilm.com 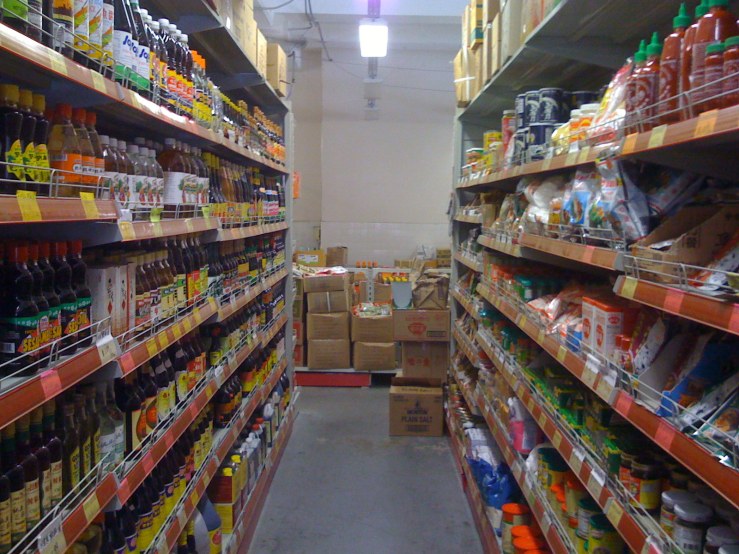 Afterwards we went into Chinatown in search of sang chau sauce which K uses in almost every cantonese dish he makes.  We were under the impression that it would be very hard to find but there it was in the first grocery we walked into: 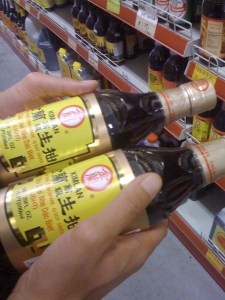 For lunch we decided to pay a visit to Pho One, one of our favorite regular places to eat in Ala Moana.  Good pho and an added bonus they serve soybean milk drinks.  Yuuuuum.  Reminds me of home.

Unfortunately at the mall afterwards in the parking lot we scratched our car on a a concrete beam.  It’s really bad.  It sounded awful.  Like the car was being crunched.  blech.