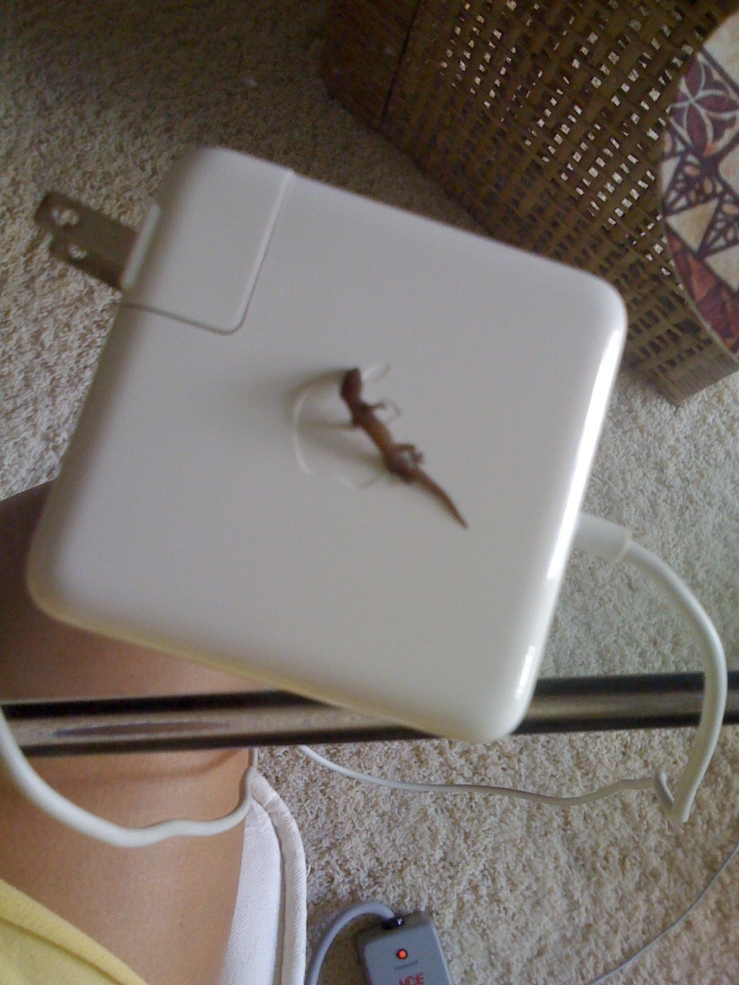 This morning I found a dead baby gecko under the table I work on. It was so tiny! On the opposite end yesterday while I was working on HIFF fliers I heard a lawnmower buzzing from far away. Then I realized that’s not a lawn mower! I walked to the back door and there it was a GIGANTIC bee that was as big as a gob stopper. I tried to take it’s picture and totally missed it. 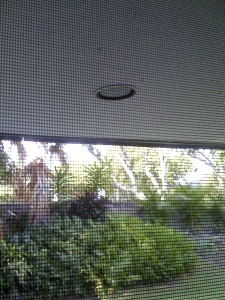 I’m getting my haircut tomorrow. I’m nervous as hair is such an issue for me. Sarah at HIFF recommended 2 places beyond the two that I’d found from user reviews etc.

I’m going with Salon Blanc and we’ll see how it goes. I was talking to Sean at HIFF and he said that he’s getting his haircut on Saturday and he goes to the same person that Barack Obama’s sister goes to. Sean has great hair. It’s like Sean Cassidy circa Hardy Boys (sort of shorter). Which is coincidental because my hair is in an awkward growing out stage I was going to tell the person I’m going to that a Dorothy Hammil-ish style might work for me. 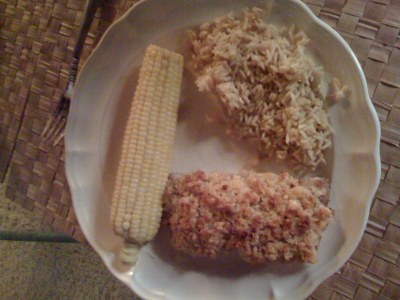 Hawaiian Word of the Day, from answers.com:

In Hawaii a calabash is a large serving bowl. It is usually made from a hardwood, rather than from the Calabash Gourd as in Maroon cultures. It is used on a buffet table or in the middle of the dining table. The use of the calabash in Hawaii has led to terms like “Calabash Family” or “Calabash Cousins”. It indicates that an extended family has grown up around shared meals and close friendships. Food is very important in modern Hawaiian culture. “Komo E Kaukau”, meaning “come and eat”, it is the most expected greeting in a Hawaiian home.