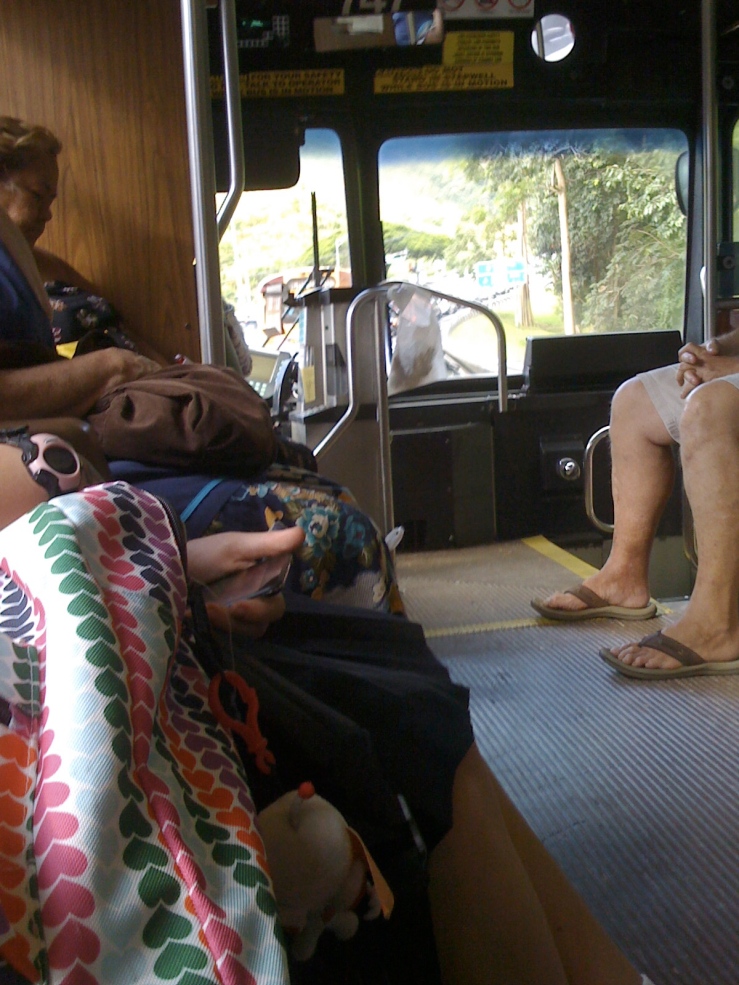 I rode the bus for the first time today. It wasn’t bad but it was also blech. I went downtown to attend my first HIFF staff meeting which was interesting and for the first 15-20 minutes kind of jarring. It’s been 2 months since I left my job at MOCA and alittle longer since my last staff meeting. There was a time that I would come home from a day at the office and think incredulously that there was the accute possibility that I might spend the rest of my waking life in an office and sitting in front of a computer. And as much as a part of me loves office culture, I felt sick when I couldn’t picture an alternative to my reality.

Despite my current feelings about grassroots offices I enjoyed the meeting today. HIFF in some ways is just like every Asian American staff I’ve worked with so far (in total 3). They’re young, full of energy, and dedicated to the cause. The meeting was pretty short but I got good sense of people’s roles. I met a friend of a friend who while being a coordinator for HIFF, also runs a fantastic publication called Smart Magazine. Nice people. I’m looking forward to getting to know them.

The down side is the travel. I got a ride into the office but then I took a bus from downtown to Kailu–the number 57. It went smoothly for awhile and then I probably should have transferred in Kailua. Instead I waited to see how close the 57 would take me. Turned out to be not so close. I had about a 30 minute walk from where the bus dropped me off.